Tuesday Night Beer Club (TNBC) was another Tuesday of good beer, roshe run flywire finished off with two really great beers. Mark was the host and provided some really good pizza for dinner.

The first beer of the evening was Troegs Nugget Nectar, a 22 ounce bomber brought by Shawn. A really nice hop aroma with an easy drinking style. It quickly becomes apparent why this beer is so sought after. I have a 12 ounce beer of my own that doesn’t have much of a chance surviving past the next few days.

Mike brought the next beer: Mischief by The Bruery. It is a Belgian Golden Ale that is infused with a hop profile. A subtle combination of the Golden Ale and American IPA. Nothing was really wrong with this beer, there was just nothing that stood out and made this beer above average. I have a bottle at home myself and I no longer really looking forward to it all by myself. I will have to have at least Rich help drink it down. 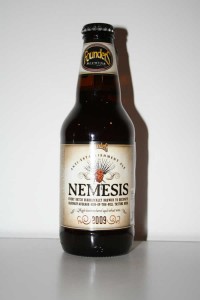 Cigar City is a brewery that I have heard some really good things about. They are small and it is difficult to get a hold of their beers, especially up in Chicagoland. Luckily my boss brought me back two bottles of Warmer Winter Winter Warmer. I had to share with the group. I think we all agreed that this was a very spicy beer that none of us were fond of. Also, several mentioned they had other Cigar City beers and none have lived up to the hype yet. Testing a few more would be good as it couldn’t hurt.

Founders Nemesis made a special guest star appearance. Ed brought it only because he lost a coin flip with Shawn on who would have to bring one of the two bottles they were each able to score. The beer was good but I wouldn’t say great, especially with everyone tripping over each other to get it. Yes, I am glad I had a chance to taste but I wouldn’t make it something I had to have each time they brew a new one. 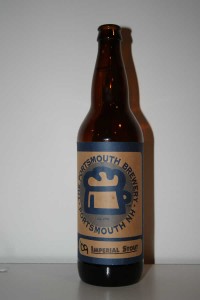 The end of the evening was the best. Mark broke out to special bottles and let us do a blind taste test. The first we quickly realized was a Russian imperial stout, that was a little sweet, some cherry, but easy to drink for such a big beer. The second was another big stout that was aged in bourbon barrels. roshe run flywire femmes It seemed to show more age than the first as the bourbon mellowed, the carbonation was almost negligible, and some sherry flavors crept in.

We all liked the two and gave them a rating of B then A (except for Shawn but he couldn’t smell a thing). B was AleSmith Speedway Stout aged in Bourbon Barrels from 2007, numbered 424 out of 447. A was Portsmouth Kate the Great. Two awesome beers and a big thank you to Mark for sharing.

Now that was some good drinking. Enjoy!